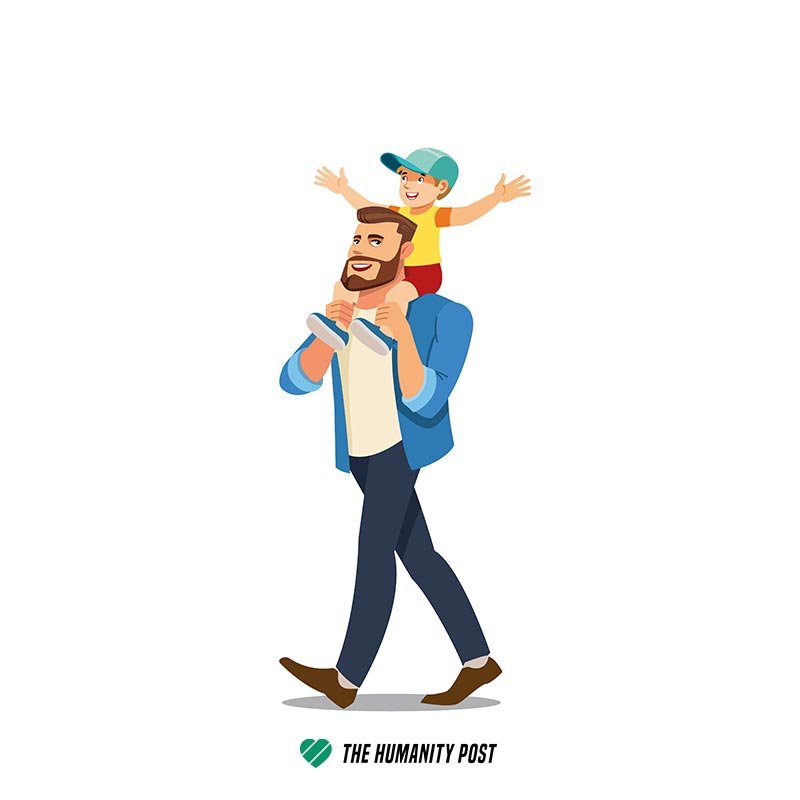 Salt Lake City — John Hansen and his 10-year-old son Chase search the streets of Salt Lake City every weekend for the perfect person to take to lunch. Their only requirement is that the person is homeless.

They started Project Empathy four years ago, to share a meal with someone, listen to their story and figure out how they can help.

“The homeless took me in more than the people I actually knew here,” said one homeless woman named Monique.

Chase and John’s meeting with her was brief and John said it might be hard to keep in touch with her.

Mike Campbell was one of the first people they took to lunch and they’re still in touch. Campbell has two sons who live with his ex-wife and he lives in a small tent south of Salt Lake.

“It’s a way to get by until I can go back to a place where I can provide a place for my boys and I to live together,” Campbell said.

“We could and we will succeed if we have other people come out and help,” Chase said.

The World Health Organization has named depression as the greatest cause of suffering worldwide. In the U.S., 1 out of 5 deals with depression or anxiety. For youth, that number increases to 1 in 3.

The good news is that 40% of our happiness can be influenced by intentional thoughts and actions, leading to life changing habits. It’s this 40% that The Humanity Post  help to impact Shimla: Sixty days after lockdown public transport services, both government and private, will finally hit the roads from June 1 in Himachal Pradesh. The government also hinted at making Himachal Pradesh as “Quarantine destination” of India as a step to revive tourism industry.

According to Millennium Post, the government hinted at making Himachal Pradesh the “Quarantine destination” of India as a step to revive the tourism industry.

Himachal Pradesh Chief Minister Jairam Thakur has said that public transport in the state will start from June 1 in view of the difficulties and needs of the people of the state, but social distancing will be strictly followed.

Their main goal is to give COVID-19-affected people from all over the world and country a chance to live peacefully in the lap of nature and mountains of the Himalayan state.

Public transport is on a halt since March 24, when a countrywide lockdown was imposed due to the COVID-19 pandemic. Inter-state public transport will remain prohibited.

In a television interview, Thakur said that the government has received several suggestions in this regard and it is an appealing concept. “In the future, when the impact of COVID-19 reduces and people from other states are advised to go into quarantine for 14 days, they can choose to come to Himachal to spend their quarantine period. We’re thinking along these lines,” he said.

The cabinet further decided that the private schools in the state can charge only tuition fee from the students for the lockdown period. Schools cannot hike tuition fees or include any hidden charges in it, education minister Suresh Bhardwaj said while informing about the major decision taken in the meeting.

The government also decided in favour of allowing barbershops and salons. Vendors selling eatables and fast food items will also be allowed to resume their daily routines but only for carry-home facilities. These decisions will help to bring back normalcy after the lockdown was imposed in March.

Why Singing Is Good For You Whether you have the voice of a songbird or sound like some ball-bearings in a blender, singing can have some remarkably positive effects.

During a morning shift change at St Marcy Mercy Livonia Hospital in Detroit, Michigan, the medical staff were feeling weary. Their surgical floor had been converted into a department for coronavirus patients and spirits were low.

Nurse Lori Marie Key was asked if she would sing Amazing Grace for her colleagues during the morning briefing. So she did. As her voice soared, one of her fellow nurses filmed her, put it online and it went viral.

There was something about the solidarity and togetherness of that moment that personifies a lot about the power of song. But it wasn’t just something abstract and ethereal happening, there are scientific reasons for why singing feels good.

Perhaps that’s why, as most of the world went into lockdown to contain the Covid-19 pandemic, there were countless examples of people turning to song as solace. Italians belted arias from their balconies, famous musicians performed mini concerts from their living rooms and choirs took their sessions online to become virtual virtuosos.

When we sing, large parts of our brain “light up” with activity, says Sarah Wilson, a clinical neuropsychologist and head of the School of Psychological Sciences at the University of Melbourne. She led a study which looked at how the brain reacts when we sing by giving volunteers of varying vocal ability MRI scans as they warbled.

“There is a singing network in the brain [which is] quite broadly distributed,” Wilson says. When we speak, the hemisphere of the brain dealing with language lights up, as we might expect. When we sing, however, both sides of the brain spark into life.

“We also see involvement of the emotion networks of the brain,” adds Wilson. Regions that control the movements we need to produce sounds and articulation also light up.

The physical exertion involved in singing – filling of our lungs, the firm control of our vocal chords, the movements of our mouth and body – is among the reasons why it can boost our mood. Singing is an aerobic exercise which sees the release of endorphins, the brain’s ‘feel-good’ chemicals, says Baishali Mukherjee, the Southeast Asia regional liason for the World Federation of Music Therapy.

“Endorphins [are] related to an overall lifted feeling of happiness, it gives a feeling of euphoria so it’s all associated with a reduction in stress,” she says. “In any situation whether it is under stress or [with] any physical ailments, illness, psychological deprivation, music has the potential to affect our body and mind.”

“There is evidence that, in general, singing in a group enhances our sense of empathy and social connection,” says Wilson. “We see this at football clubs… (and) people [singing] in congregations at church. It’s a community-building activity because we’re united in our voice.”

As well as endorphins racing through your body, another hormone released when we sing is oxytocin. Mukherjee explains that oxytocin has a powerful effect in enhancing a feeling of connectedness between people.

“It is often related to breastfeeding as well as sexual activity,” she says. “There is also a very strong area of research that supports that this particular neuropeptide….is believed to play a role in increasing bonds and trust between people.” (Although some researchers doubt oxytocin’s role in trust, more recent research has shown it can influence how much value we place on information from others.)

This power to bond people together makes singing particularly potent at a time when an unprecedented global situation has left many of us with glimpses of unfamiliar and uneasy emotions.

“Song or music is able to capture something that goes beyond what we would normally be able to articulate in our rational, logical minds,” says Jerome Lewis, an anthropologist at University College London. “It provides an opportunity for exploring joyful, difficult, sad – all sorts of different emotional spaces which are sometimes difficult to access through a literal, logical, sequential series of words that build up.”